On a pop up window the message ‚Missing Application-Name manifest attribute for: x.x.x.x/IMasterSaia5_15_02.jar is shown.

If the web pages where created with older versions of the web-editor of PG5 2.0 and PG5 2.1 or the web editor of PG5 1.4 then it’s possible that this error does occur.

The new java applet which does solve the problem is integrated in PG5 2.1.300 or later.

Solution:
There are 3 differnt solutions:
Solution 1: Define on Java a exception for the PCD's which does contain the old *.jar file
Solution 2: Replace the old *.jar file on the PCD with a new one
Solution 3: Set the security level on java to the level 'medium'

Solution 1: Define on Java a exception for the PCD's which does contain the old *.jar file
Quick solution to be able to display the web pages again without the need to update the java applet on the PCD:
To do this you have to open Java from the control panel. 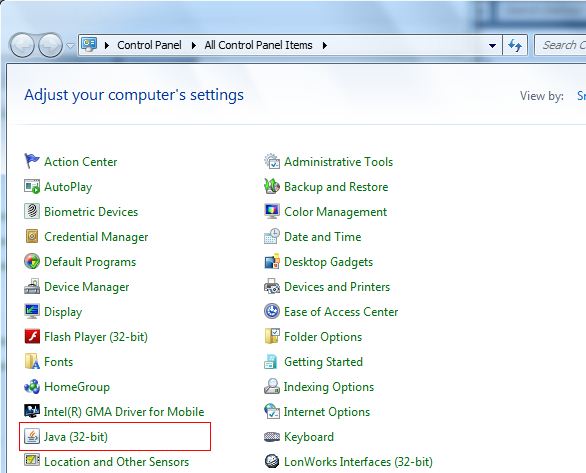 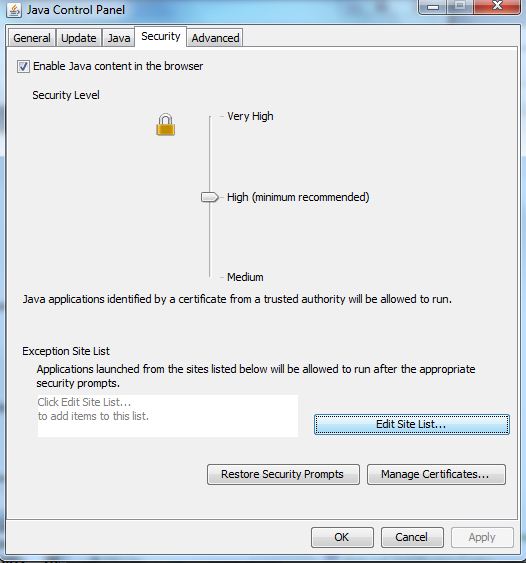 On the next window do enter for each PCD which does contain the old *.jar file the IP address in the format
xxx.xxx.xxx.xxx and click to the button 'add'. 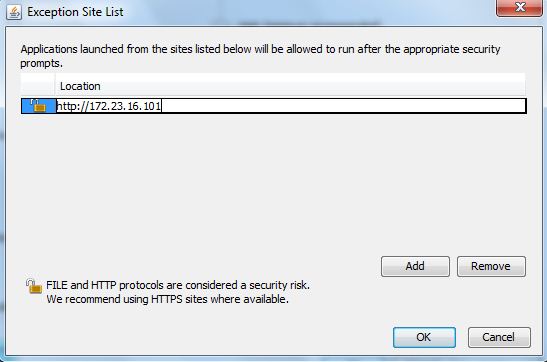 After this there will be a warning window like this: 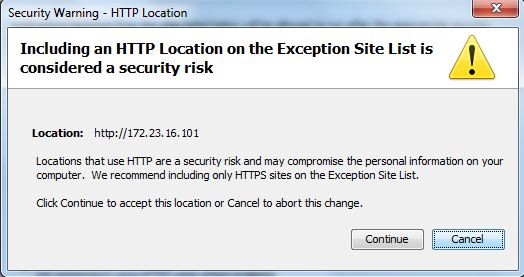 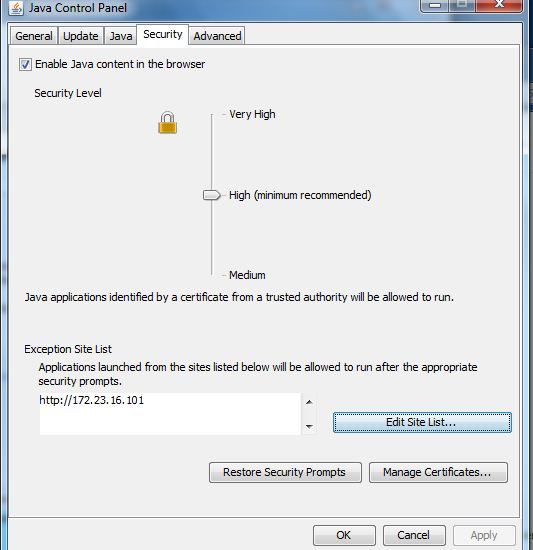 Solution 2: Replace the old *.jar file on the PCD with a new one
Do download the IMasterSaia5_15_02.jar version 5.15.0231 or later stored on our homepage, section PG5 2.0/S-Web editor and do replace the existing .jar files in your project directory and/or to the PCD with the new one.
If the java applet is used in the PG5 web builder, then do copy the new java applet in the web and html folder of your PG5 project and do compile again the web builder and the PG5 project and do download the project to the PCD.
Do copy also the two files in to the S-Web editor 5.15.02 directory so that this jar files are also used for new projects.
This java applet version 5.15.0231 or later does contain the new manifest. 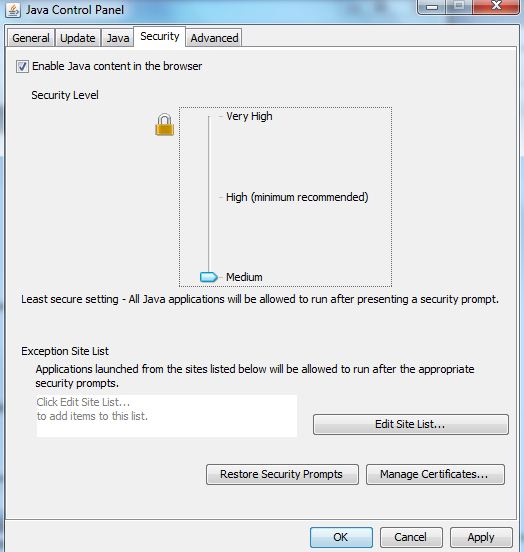 Please note, that this solution is only an intermediate solution which helps to display again the web-page.
To avoid any security issues it’s necessary to set back the security level to 'high' as soon as possible and to replace the java applet as described above.