Hello, we use cookies to improve website performance, facilitate information sharing on social media, and offer advertising tailored to your interests. By using our site, you consent to the use of these cookies. You can also customize your browser’s cookie settings. For more information, see our Privacy Statement.

Why the PG5 2.1, 2.2 or 2.3 update manger application is no more working and it’s not possible to download files from PG5 update manager server?

All available PG5 and Firmware updates for PG5 2.1, 2.2 and 2.3 are now stored on the new server https://update.saia-pcd.com

On the old server http://update.sbc-support.ch there is ‘only’ an update of the PG5 update manager application. 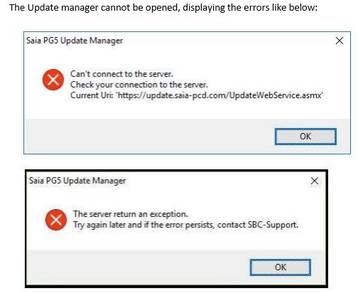 Can’t connect to the server.
Check your connection to the server.
Current Uri: https://update.saia-pcd.com/UpdateWevService.asmx
or
The server return an exception.
Try again later and if the error persists, contact SBC-Support.

2.
Select “Modify” Option, then press “Next” 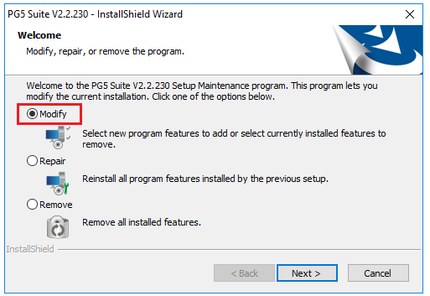 3.
Uncheck “Update Manager” CheckBox, then press “Next” and Continue 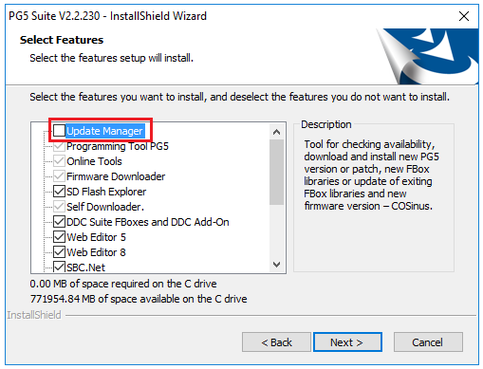 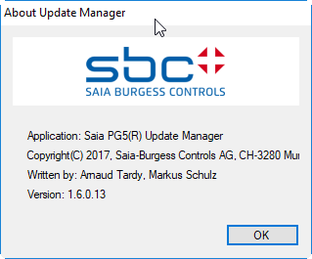 The Setup “Setup PG5 Update Manager.exe” is stored on the support homepage as part of PG5 2.3:
https://www.sbc-support.com/en/software/saia-pg5r-controls-suite/saia-pg5r-23-suite/parts-of-pg5-23-suite/