How to display information that can be found in Programinfo.txt in a Web project?

The individual texts (e.g. Devicename) can be displayed in a Webeditorproject as String, if  they were saved before as String with the user program (e.g. with Fupla).

Example of Declaration of the Devicename for Displaying in Webeditor. The Symbol for the Text has to be declared as public. 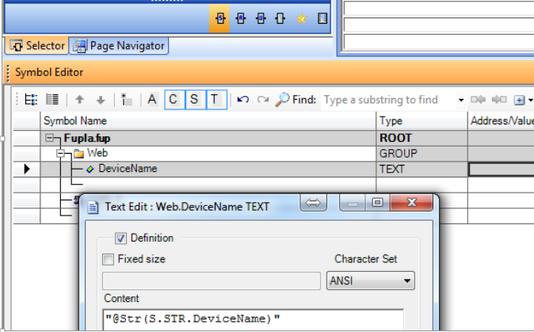 Don’t forget to declare the variable as string in Webeditor!

These strings are pre-defined for use in IL programs:

(this information can be found with Instruction List Help -> Index -> Strings)