Web-Editor8, why the content of the Container variable is not displayed on the web-browser or the MB-display?

Paste in the Web-Editor8 painter.

How to find out such variables?
Open the wvar file and check the ‘internal variables’ Tab.
The line of a variable which does have a at the end of the name is shown as a double size line.
Means that on the first line the name of the variable is shown and on the second line empty line is shown. 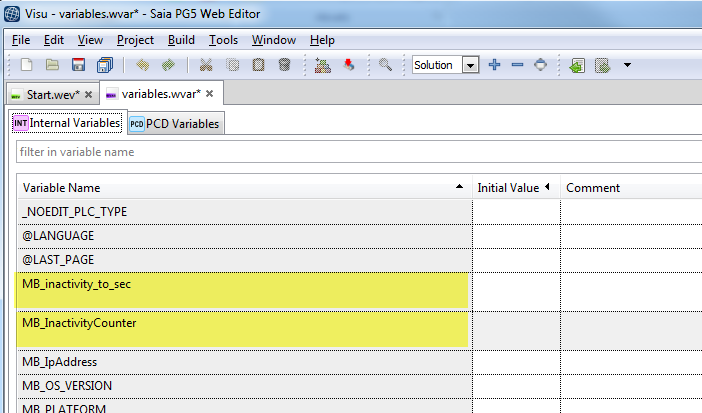 How to solve the problem?
On the wvar file do click with the right mouse key to the concerned variable and select rename. 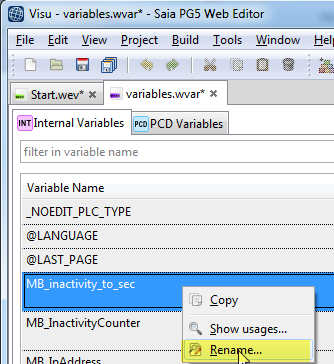 On the next window put the cursor at the end of the variable name and press the Backspace button of your keyboard (the invisible will be deleted) and on the next step select all places where the variable should be replaced.

After the update the new and the old variable are shown in the wvar file and after clicking to the update button only the variable without is shown on the screen. 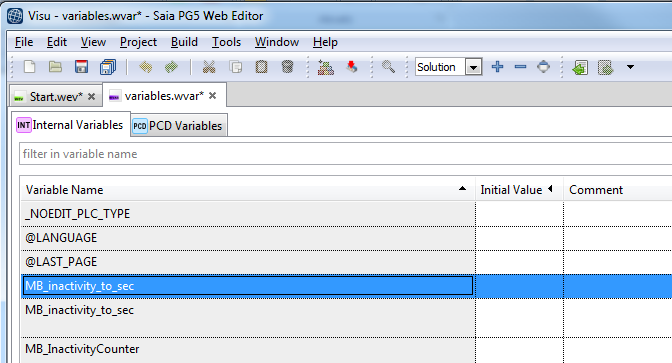 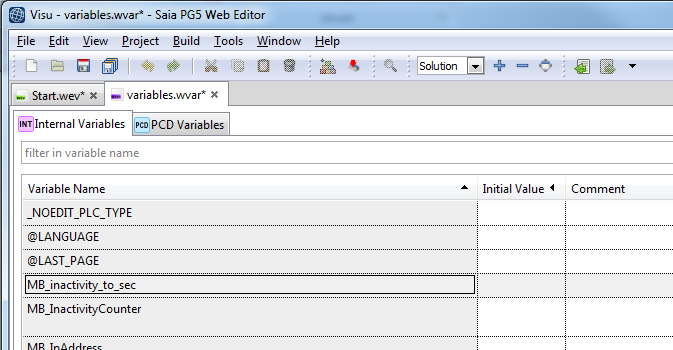