Why does the Java-Applet for Webpages do not start anymore after the Java Update to version 1.7.0_65?

This trouble is caused because of incompatibility between 32 and 64 Bit components (OS, Browser, Java version).

The below table shows the version compatibilies.

We did tests with Firefox, Internet Explorer and Chrome

Possible solutions
- Use for example the Internet Explorer 64 Bit, which is normally already installed on Windows OS with the 64 Bit Java runtime. You'll find the IE 64 Bit version under C:\Program Files\Internet Explorer\iexplore.exe
- You can downgrade the Java runtime to the version 1.7.0_55 (available in the attachment below).

How to know which version of IE and Java is used
For IE:
On the IE go to the Help --> About Internet Explorer, window and look for "64-bit Edition"
If it is absent you are running the 32 bit version of IE.
32-Bit IE: 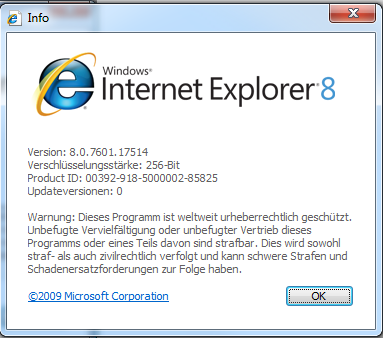 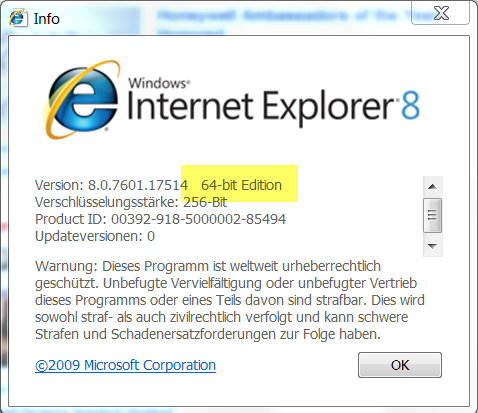