Hello, we use cookies to improve website performance, facilitate information sharing on social media, and offer advertising tailored to your interests. By using our site, you consent to the use of these cookies. You can also customize your browser’s cookie settings. For more information, see our Privacy Statement.

It’s possible to force the fan speed of the room controller PCD7.L60x-1 from the application program?

Yes, the fan speed can be forced over the application program.

With the help of the F-Box ‘L60x-1 Fan Room’ dedicated symbols are generated for the fan speed and it’s possible to write from the application program in to this registers and force the fan speed,

If the room controller is used as RIO:
The F-Box ‘L60x-1 Man RIO’ have already a input ‘Fan’ which can be written with a value between 0 and 3. 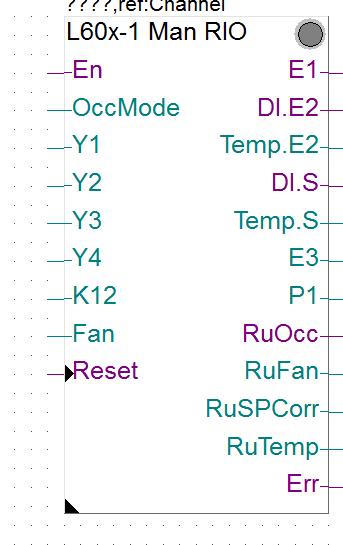