Can the PCD7.R610 SD card memory be used on any PCD device?

The firmware 1.23.32 does require a recent hardware version of the PCD with extended memory size.

If the FW 1.23.32 is loaded to a not compliant hardware version then the firmware download is interrupted at about 86% with a NAK response message.

Since PG5 2.1.311 the firmware downloader does verify the hardware version of the connected PCD and prevent the loading of a FW 1.23.xx to a not compatible PCD.

Basicaly all NT CPU can be updated with the new FW version from a given HW version!
Reason:
This new Firmware 1.23.32 needs a harware with an extented memory; 8 MB Flash.
All new CPUs as PCD1.M2xxx and PCD3+ (PCD3.Mxx6x) does have this extented memory and it's possible to use the FW 1.23.32 without any restriciton on this PCD's

But for the other PCD's it's necessary to use at least the hardware version as described on the table below.

Table with the hardware dependencies in relation with the COSinus firmware versions. 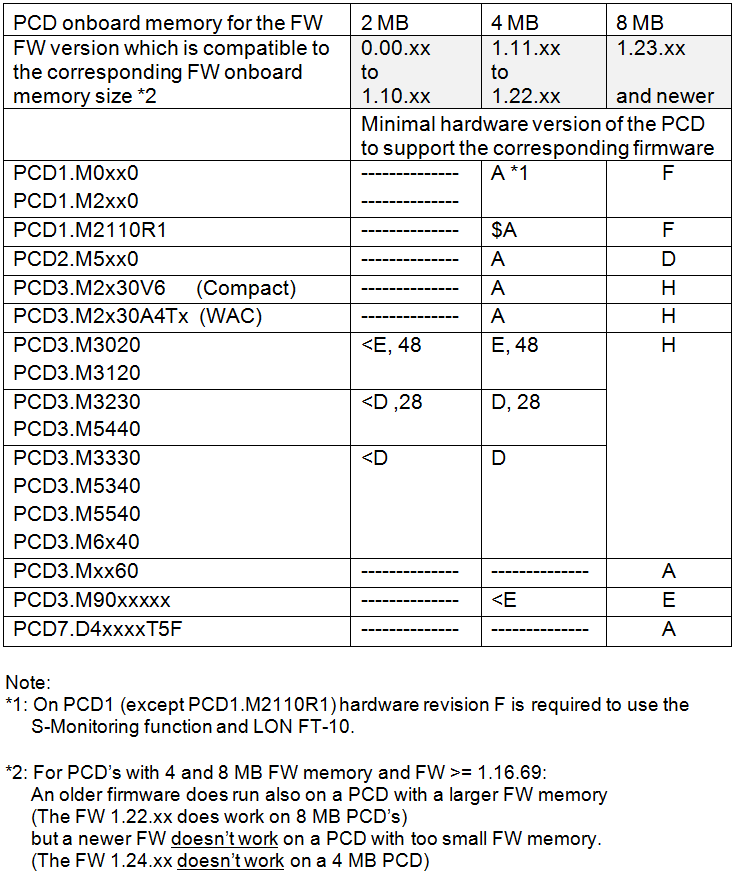 Table showing the date when the first PCD with 8 MB onboard firmware memory where produced: